Are ISAs better than Pensions?

ISAs are overtaking pensions for the first time ever in terms of popularity with savers. According to the Office of National Statistics, we collectively put £14.3 billion into our personal pensions in the 2010/11 tax year. This sounds fairly substantial – until you compare it with the £15.8 billion that the British public invested in stocks and shares ISAs the same year. While pensions have traditionally been seen as a safe way to save for retirement, successive changes to the system coupled with the lack of security caused by the demise of final salary schemes, has understandably left many savers wondering if an ISA might be a better home for their hard-earned money.

Figures released by the Association of British Insurers (ABI) confirm that personal pension contributions have been falling since 2007. Many people see this as a result of a number of changes in legislation regarding UK pension schemes, including limits to annual pension contributions and plans for the introduction of a flat rate. However, it’s important to bear in mind that there are benefits and drawbacks to both ISAs and pensions. If you’re not sure where is best to house your retirement savings, read on to find out some of the positives and negatives of these savings vehicles.

ISAs can be a good option because…

– They’re simple ISAs work in a very simple way – you have an annual allowance, you save or invest it, you move it when it suits you. The tax benefits of an ISA are easy to understand, too. The interest you earn on money saved in a cash ISA is exempt from income tax, while the income you earn from an investment ISA is taxed at just 10%.

– They’re accessible Unlike a pension, which is only accessible after a certain age, ISAs offer access to your money earlier, if necessary. Some ISAs have specific investment terms, but they’re still much more flexible in terms of timescales than pensions.

– They’re tax-free if used as retirement income If you choose to use savings from ISAs as a source of income during retirement, any money you’ve saved in an ISA for your retirement won’t be taxed when you eventually use it – unlike pension payouts.

– They have low annual deposit limits ISAs have much lower annual contribution limits than pensions – currently, these limits stand at £50,000 for pensions versus £11,280 for ISAs. This isn’t such a problem for those who begin saving for retirement at a young age, but if you’re in your forties or fifties, it’s unlikely you’ll be able to build up a comfortable sum by the time you retire using an ISA alone.

– They can affect your pre-retirement benefit entitlement For people who are pre-retirement, having savings or investments in an ISA has the potential to affect various types of benefits – for example, if you have savings beyond a certain level, you might not qualify for income support. However, if you have a pension fund, this won’t come into consideration. 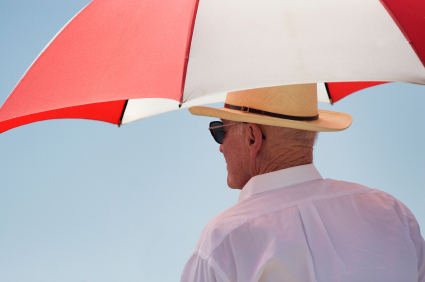 Pensions can be a good option because…

– They offer long-term tax benefits When you pay money into a pension, the Government refunds the income tax you paid on it, up to certain limits. This means that pensions can offer particularly good tax benefits to those who pay higher taxes. However, it’s worth bearing in mind that when you come to use your pension in the future you’ll have pay income tax on it. But on the flip side, remember that unless you retire with an annuity that pays out an above-average annual allowance, you’ll probably be on an income that qualifies for basic rate anyway, so you’ll still be making an overall saving on tax.

– They offer higher contribution limits than ISAs Unlike ISA deposits, which are currently capped at £11,280 per year, pensions have high annual contribution limits. You’re permitted to contribute up to 100% of your income per year, up to an annual maximum of £50,000. Overall, you have a lifetime pension allowance of £1.5million.

– They can be arranged through your employer Many companies offer a staff pension scheme, which is often taken off you monthly salary, pre-tax, and includes an employer contribution. Since October 2012, the Government has been in the process of rolling out auto-enrolment staff pension schemes, which means that all employers will have to contribute to workplace pensions in the future. Workplace pensions can be a straightforward and convenient way to save for your retirement – you don’t have to do anything except sign up, and the contributions will be taken directly from your salary. In addition, most employers will match, if not exceed, your personal pension contribution. Effectively, workplace pensions offer a pay rise to save up for the future, so they’re worth serious consideration.

– They offer tax-free growth Like and ISA, money that’s in a pension grows in a tax efficient way, compared to other types of savings or investments. However, as with all tax benefits, this is subject to change.

– They’re a closed book until you hit 55 This can be something of a mixed blessing. On the one hand, you can’t squander the money early on non-essential items. On the other hand, if a real crisis does arise, you can’t touch the money.

– They’re complicated Many people find pensions difficult to understand. There are so many options to choose from that even working out basic retirement plans can become a minefield.

– They’re subject to Government whims Successive governments have introduced various changes to the pension system – indeed, a new shakeup of the State pension system has just been announced. These changes, beneficial or not, can be very confusing for savers. With an ISA, on the other hand, it’s simple – your money goes in, grows tax-efficiently, and that’s it. Of course, ISA rules change too, but historically it’s pensions that have been subject to the majority of Government involvement. 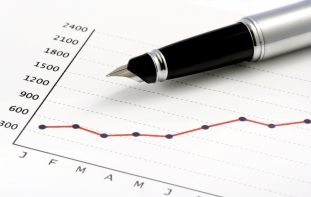 So, which is better – ISAs or pensions?

The short answer is, that really depends on you! Everyone has different savings goals – some of us are at the stage in life where we’re saving with retirement firmly in mind, while others have shorter-term goals such as starting a family, buying property, or funding education. If this is the case, an ISA might be a good way to save some of your money for the short term, while at the same time you contribute to a pension pot. The majority of financial advisers seem to adhere to the rule that for most people, there are benefits to not putting all your eggs in one basket when it comes to retirement savings. As with all investments, it’s best to seek independent financial advice if you’re unsure.