Avoid being over- or under-insured on your home contents insurance

No-one likes paying for home contents insurance every year. It’s like paying to have your car serviced: you don’t see anything for your money. But you don’t want to be caught out paying less than you need to. Or more.

At least with your car you can usually hear if something’s going wrong – and get it fixed before it drops off.

It’s hard to imagine burglars clearing out your house, or your home burning down and losing everything. So we resent what we pay for year after year, and never find out what’s wrong with our home insurance until it’s too late and disaster has struck – and our insurer isn’t paying out as much as we’d expected.

And sometimes we’re actually paying for the same things to be insured twice – even though we’ll never be able to make multiple claims.

Estimating the value of our home contents

The thing that’s nearly as tedious as paying for home insurance is working out the value of everything single thing in our homes, from the bunk beds to the curtains to the garden trowels.

Not surprisingly, we usually make a rough guess at it once – usually when we move home and we’re setting up new house insurance. And then we forget about it, and just let the policy renew every year.

We get rid of some things, buy lots of other things. The tech equipment devalues over time, or is replaced. And we either accept our insurer’s recommendation for an annual valuation increase, or we arbitrarily take a slash at it.

We’re getting the sums wrong

Insurers have estimated that every household in Britain is unwittingly under-insured by 30% on their home contents policy.

Apparently just the contents of the average working person’s wardrobe are worth £10,000.

The problems with under-insuring

Occasionally we’ve made deliberate judgements to cut down our insurance premiums. That massive old oak dresser that’s a family heirloom but you’ve never really liked: you’ve been told it’s worth about six grand, but no-one’s ever going to be able to steal it. And say it gets flood-damaged – well, you’d be glad to see the back of it. So you miss it off the insurance.

Same with the sofas – who’s going to steal them?

The problem with under-estimating the total value of everything in our homes is that many insurers apply a clause called “condition of average,” which means that a claimant will never get the full amount of cover stated on their policy if they’ve under-estimated how much all their possessions are worth.

If you’ve ignored some major items, or you’ve down-valued everything, and your insurer decides you’re under-insured by, say, 30%, they can end up taking that 30% off whatever you claim for – even if your claim is for much less than the total you’re insured for.

That’s going to hurt. And will probably cost much more than you’ve saved in premiums.

So it pays to use the home contents calculators offered by your insurer, or an online app, to keep the value of all your home contents up to date.

Could you be over-insured?

Given that most of us resent paying for insurance, it’s hard to believe we could be over-paying. But it’s surprisingly possible.

Tech items are a major issue: they devalue significantly over just a few years (as you know when you’re replacing your laptop and try to sell the old one on eBay). It’s not the price you paid for something that you’re insuring for: it’s the cost of replacing that same item.

Big-ticket items may have been sold, or given away.

Some things may be insured on multiple policies.

You may have things like valuable jewellery or laptops that will be taken out of your home insured as “specified items” on your home contents policy. They may also be covered by any travel insurance you take out, or by insurance offered by your bank. Or you may take out specific mobile phone cover with your service provider.

Students moving away to college may be offered separate insurance deals, but they could already be covered by your home policy.

It’s worth checking – there are savings which will take the sting out of your annual premiums bill.

Get up-to-date quotations on your contents insurance:

Written by Jennifer Stevenson ,
9th May 2019 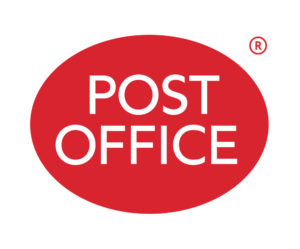 Cyclists Putting Themselves At Risk Without Bicycle Insurance

4 Out Of 5 Tenants Hold Landlords In High Regard